Turmeric: 7 surprising tips for use in your kitchen

How do you use the superfood turmeric effectively in your kitchen?

You know turmeric already! Since Ottolenghi made the exotic cuisine accessible and since more than 700 scientific articles have been published with 'turmeric' in the title since 2015, this yellow root is HOT.
Turmeric, also called curcuma, E100 or Indian saffron, is often used in (Indian) curries. With garlic, spirulina and green tea, turmeric (Curcuma longa) is one of the 'pleiotropic' herbs with a versatile use. More and more studies show that this yellow root, with its strong 'curcuminoids', is a real superfood. For example, your immune system and skin get a boost with this wonderful spice. By adding black pepper, the beneficial substance 'curcumin' is absorbed much better into the blood. Curcumin is an antioxidant with anti-inflammatory and purifying effects. 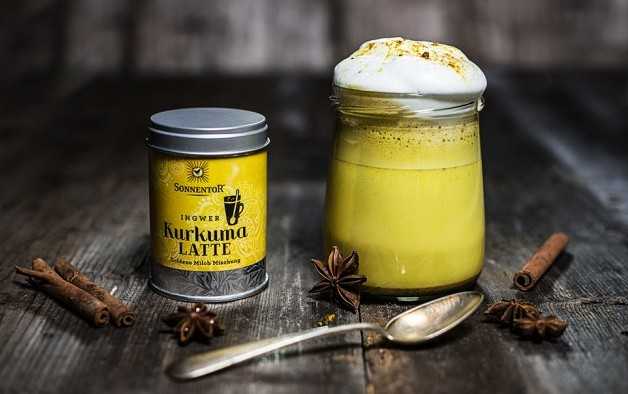 Are you looking for a tasty and healthy alternative to a café latte or latte macchiato? Aside from warming, would you like it to be creamy, 100% vegetable and spicy? Turmeric latte, also called Golden Milk, could be your new hot beverage! Originally, Golden Milk is an ancient Ayurvedic beverage, made with warm (vegetable) milk, turmeric, black pepper, coconut oil and possibly a natural sugar such as gula java or honey. Relax with this golden beverage and drink it preferably in the evening or at quiet moments. Discover the 4 turmeric latté's from Sonnentor.

Amanprana also unveils a unique turmeric latte with pomegranate.
With the addition of coconut blossom sugar, this latte has a low glycemic index that ensures instant and long-lasting energy. Also try the latte varieties Lakritz & Rooibos and Ayurveda.

2. Turmeric as the main ingredient of Golden Milk

Golden milk is the name of an age-old Ayurvedic beverage, a traditional way of healing from India. It is traditionally made with honey, (almond) milk, turmeric, (spring) water, cinnamon, coconut oil (and ginger). Anyone who has ever tasted this energetic warm beverage knows why turmeric warms the body and mind.

3. Bring color into your kitchen with turmeric

Since the turmeric dyes can best be dissolved in fat, this herb should be lightly sautéed in some oil or butter. Then add the remaining ingredients.
A pinch of ground turmeric gives noodles, spaetzle, boiled potatoes, and even pancake and bread noodle, dough, omelets and quiche a delicious touch. Just sprinkle it in the dough or add it to boiling water with some oil to cook boiled potatoes or pasta.

The magical substance in turmeric is called curcumin: an antioxidant with anti-inflammatory and purifying effects. Turmeric is not only antiseptic (like cinnamon and honey) but also antiviral. The latter is of course an advantage to warding off the flu. Turmeric works wonders for the immune system, liver and health in general. It contains vitamins A, B1, B2, B3, B6, B12, C, D, E and K as well as valuable minerals such as iron, calcium, magnesium, potassium and zinc. 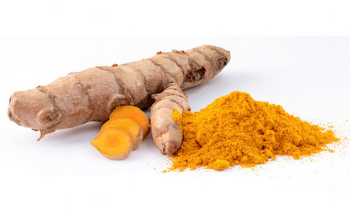 6. Turmeric is the star in the organic herb mixes Botanico Curcumax and Botanico Flamuno

Minerals are needed as building material for the growth and recovery of the skeleton and body tissues. They promote communication between our billions of cells. Herbs and seaweeds contain many minerals. In the Botanic mixes from Amanprana, Botanico Curcumax and Botanico Flamuno, turmeric is the star. The first mix gives a crisp, spicy flavor to your dish. The Botanico Flamuno is somewhat spicier and includes turmeric, ginger, gotu kola and ginkgo biloba.

In cities all over the world, we see bouillon bars popping up. There are even bouillons to go over the counter. In 2015, the NRC wrote about it: 'Bouillon is the newest revitalizing warm beverage. Coffee has competition.' With the colder weather coming, when there is a great need for warming beverages, that is a good idea.

So just put 1 teaspoon of the herb mixes mentioned in point 6 (Botanico Curcumax and Botanico Flamuno) in a mug of warm water and enjoy! You then have an instant bouillon, which is healthy, rich, warming and completely organic. With turmeric, of course. 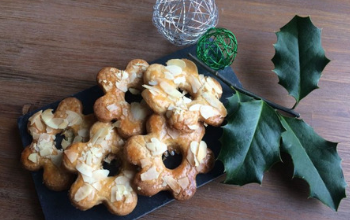 - Sift in a bowl 250g spelt flour and 25g corn starch. Mix in 160g coconut oil with 80g coconut blossom sugar. Season the dough with a teaspoon of cinnamon, a pinch of nutmeg and a little black pepper.
- Then color the dough festive yellow with a level teaspoon of turmeric.
- Knead all the ingredients together into a ball and let it rest in a cool place for 15 minutes.
- Then roll the dough to about half a centimeter thick. Cut out the wreaths with a dough cutter and cut a circle in the middle with an apple borer.
- Bake the cookies lightly brown at 180 degrees for about ten minutes.