Toockies is a fair trade project that provides more than 800 women in India the opportunity to have an honest income. Their products are organic, recyclable and traceable.

Toockies is Not Mass Produced but Handmade and Traceable

Toockies helps women in Nababpur, India earn an honest income and so much more. Thanks to Toockies they have access to Human Rights that have become almost obvious in the West: freedom, independence and flexibility. They decide for themselves where, how much and when they work, and are paid for it fairly and with dignity.

To keep Toockies up and running, 2 women work closely together: the American Anna Marie Strauss achieved her dream with this project with the help of the Indian Jaya Basu. Since the start of the fair trade project, Anna Marie and Jaya have been able to give honest work to more than 800 Indian women.

The women are educated in the local community center of Nababpur. There they learn how to knit and crochet the patterns. They can do their work at the center or from home, whichever they prefer. The center provides the work material and they also deliver the finished products on a daily basis.

With the idea to give the women a voice, every woman is taught to write her own name in the center, which you will find handwritten on every product. Who made your Toockies? Sabera Bibi, Bulti Saha, Tahiron Bibi…? On Toockies’ website you enter the name written on your product and find her photo.

In many parts of India, fair opportunities for men and women are scarce. This is also true in Nababpur, where women are often forced to turn to prostitution or to surrender one of their children to the Indian begging industry. They are forced to the extreme to support themselves and their families. Projects such as Toockies offers these women the chance to escape and develop a skill in order to earn a fair wage. 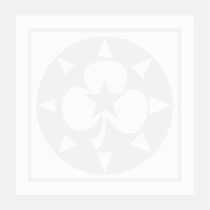